The digital audio Recorder PAPYRUS III TITAN is a professional voice recording application with cover titanium reinforced which protects the device from electromagnetic fields. Designed for high-quality recording in challenging acoustic environments. Recorded in a radius of 5 m for indoor and up to 2 m outdoors. Ideal for professionals.

ATTENTION: to look out, as a brand belonging to HISPA IMPORTS DELUXE,SL , is the exclusive distributor for SPAIN of this voice recorder and all the products of the brand TS Market. Purchase directly, without intermediaries and with factory service. We do not offer warranty, technical support or consultancy for the devices with serial numbers that do not originate from the channel official. Be wary of companies, web sites or portals that you can't prove the official character of the brand.

With the new digital voice recorder PAPYRUS III you will be able to perform audio recordings in meetings, lectures, interviews, and other activities indoor and outdoor of high quality even in a noisy environment. Has two different qualities of recording. You can burn more than 150 hours. Includes a memory of 32GB.

The voice Recorder PAPYRUS III TITAN has a casing of titanium reinforced which protects the device from electromagnetic fields and prevents the overrides audio the block.

• The built-in microphone can record within a radius of 5 m within buildings and within a radius of 1-2 m in urban conditions.
• External microphone included
• Up to 153 hours of continuous recording
• Two recording modes:
- High (sampling rate of 32 kHz, recording time up to 76 h).
- Means (sampling rate of 16 kHz, recording time of up to 153 h).
• Remote control function: start and stop the recording with the remote control unit (only when the external microphone is connected to the recorder)
• "Invisible" to the locators of audio recorders, kinematic
• Protected against overrides audio model (TITAN)
• Protection against electrostatic discharge or interceptions by unauthorized.
• Color indicator of the condition of the battery and the mode of operation.

This voice recorder features voice activation (VAS), which allows you to decrease the amount of memory, increasing the actual recording time and the power consumption of the battery. Using this function, the system saves memory during pauses. The recorded audio files are downloaded to the hard disk of the PC through the USB cable.

It has function of cyclic recording, or writing. Once the memory is full, the recording does not stop but continues on by typing in the files that you previously recorded, in this way you'll have the most recent files.

To protect the data stored in the voice recorder PAPYRUS III for unauthorized downloads, you have the option to set a PIN code. This window will appear with the PIN code request when you try to download the audio file from the protected device.

In addition grants you the ability to configure the device to delete all recordings and data stored without the possibility of recovery when entered wrongly three times in succession, the PIN code.

• Detection function of sound you're GOING.
• Built-in clock and timer.
• Turn on the recording timer preset (8 timers independent)
• Wireless remote Control of the basic functions of a digital audio recorder (only when the external microphone is connected).
• Li-ion battery built-in
• The recorded files are downloaded to the hard disk of the PC through USB-USB-micro cable.
• Audio recording mode cyclic: once the memory is full, recording continues on by writing the files that you previously recorded (otherwise, once the memory is full, recording automatically stops)
• Password protection of records
• Recording high-quality audio
• Power consumption ultra low
• Authentication of recordings

ATTENTION: ESPIAMOS, as a brand belonging to HISPA IMPORTACIONES DELUXE, S.L. , is the official distributor of this voice recorder and all the products of the TS Market brand. Buy directly, without intermediaries and with factory service. We do not offer warranty, technical support or advice to devices with serial numbers that do not come from the official channel. Be wary of companies, websites or portals that can not prove brand identity. 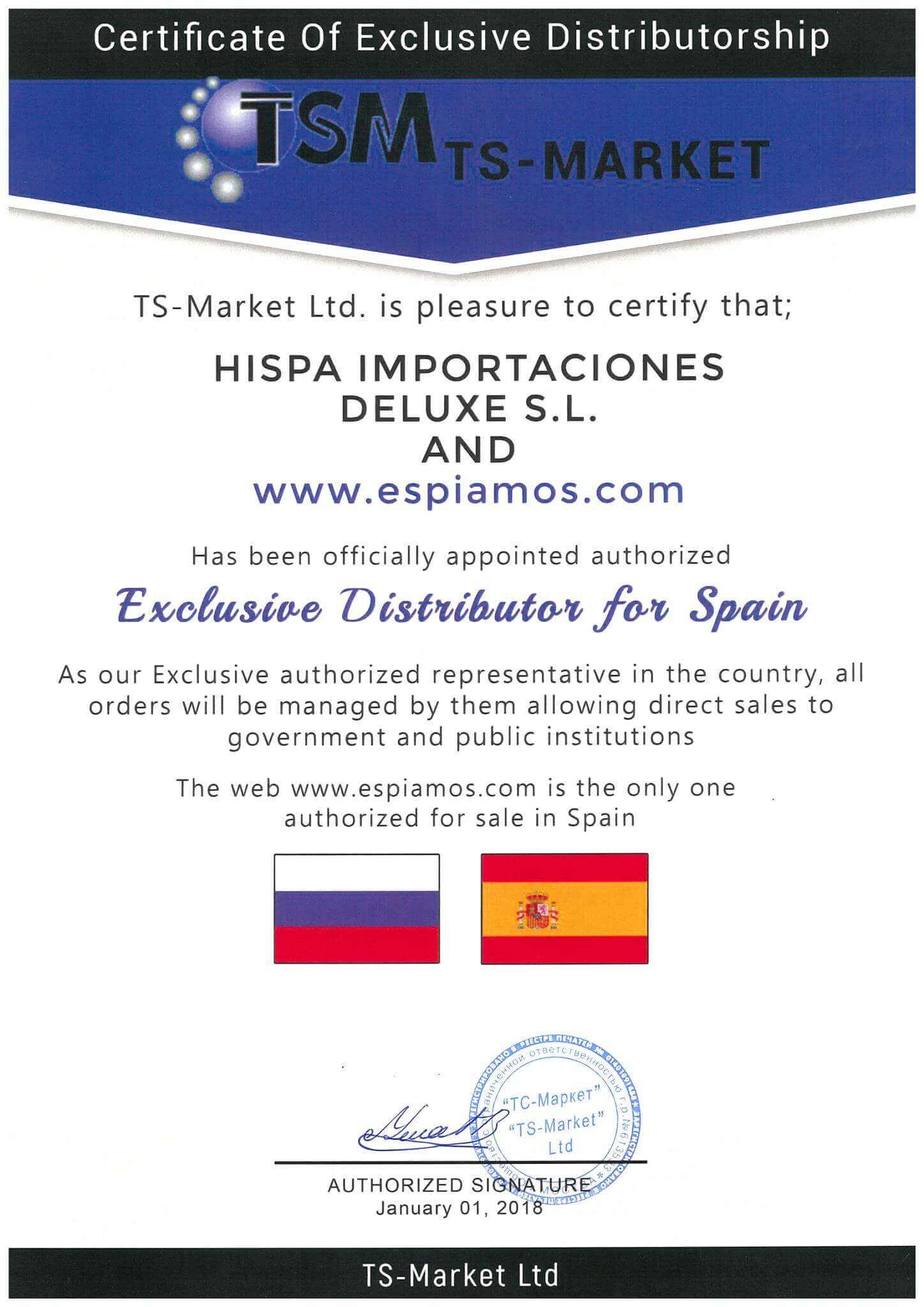