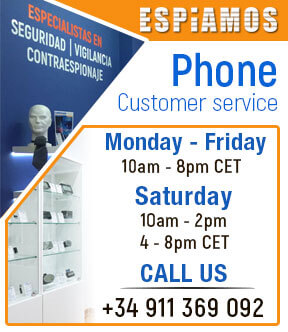 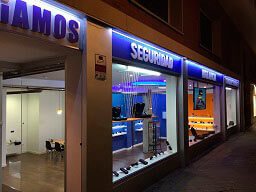 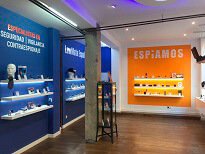 Would you like to record with the best resolution on the market? We have spy cameras ultra HD recording in true 4K to 1800p ⭐Delivery in 24 hours ⭐

Show More  trending_flat
Relevance Name, A to Z Name, Z to A Price, low to high Price, high to low 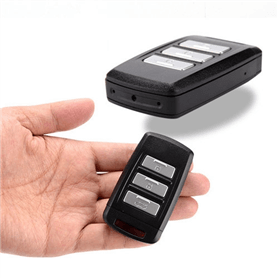 Keychain spy 4K. The first spy camera that records in 4K with a resolution of 3200 x 1800p. Memory up to 128Gb and 40 minutes of automía. Ideal for covert surveillance.
Buy Details
Add to cart View details

To get evidence it is essential to be able to perform appropriate identification. It is of little use to have a recording in which you see someone and you distinguish what they do, but you can not fully identify the characteristics of his face. This is where the resolution of the recording camera comes in, because the higher the resolution, the higher the definition and the possibility to enlarge the image without losing quality. When we talk about images, still or moving, the resolution indicates the number of elementary points that make up the image, the so-called pixels.

In a video that we want to use as evidence, the details must be very clear, and the possibility of magnification that allows us a camera with such a high resolution makes them objects distinguishable as a key, or the label of a container. The most unsuspected elements can be relevant , and it is frustrating to have a recording that, while being obvious, loses its probative capacity not to be able to control one hundred percent for every detail.

What is the difference between a 4K spy camera and a hidden HD camera?

A device with a resolution of 4K records images of at least 4 million pixels. This way they quadruple in definition to 720p HD images, or duplicate the Full HD, which have 1080p. This number indicates the number of pixels or dots that form the vertical side of the resulting image, for example Full HD are 1920 x 1080 pixels. In the case of this spy keychain, the resolution is 3200 x 1800, so that the image obtained is formed by almost 6 million small points of light. It would take many enlargements to influence the quality of the display.

The best spy camera recording in 4K at 1800p

This device is disguised as a keychain for opening a car or garage, and no one suspects that it contains a high-quality camera produced by Sony . This camera requires very little light to capture images, so it can be easily used in dark places. It allows you to use memory cards up to 128 Gb capacity , and its high-performance battery gives it a autonomy of 40 minutes . It records sound at the same time as the image and, in addition to recording video, allows you to take photos with a higher resolution than the video (4000 x 3000). It is an ideal device for performing secret surveillance.

You need to buy a spy camera that records in super high definition?

You can buy this camera, as well as many other exclusive products, from Espiamos. We have a large number of devices that have no home espionage , you can visit in our physical stores Madrid , or check our catalogue on this page web. We are also available at the phone +34 911 369 092, or by e-mail at the contact link at the top of this page. We are experts in all types of devices aimed at obtaining legal evidence.