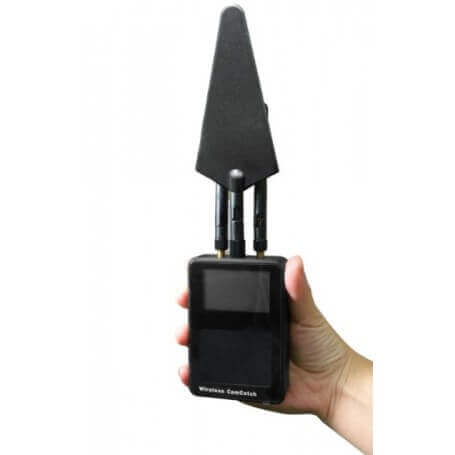 If you want to buy a detector frequencies that serve you to detect wireless cameras and microphones in your home or office as well as GPS locators and beacons hidden in your vehicle , this may be your ideal device.

With this device not only can detect the mini cameras wireless hidden and display your image, but you can also use it as a detector of frequency. Totally multi-purpose.

HOW DOES THE DETECTOR CAMERAS SPY WIRELESS?

The operation of this detector of wireless cameras is very easy. You just have to connect the 3 antennas and turn on the device. An antenna allows you to locate the spy cameras between frequency ranges of 900MHz and 3GHz, the second between ranges of 5GHz - 6GHz, and the third antenna works detector frequencies between 20MHz and 6GHz. In the first screen you will see the spectrum of the detected devices, and in the second the image of the spy camera.

DETECTS ALL TYPE OF SPY DEVICE:

THE MAIN MODES OF WORK: 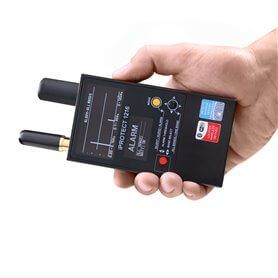