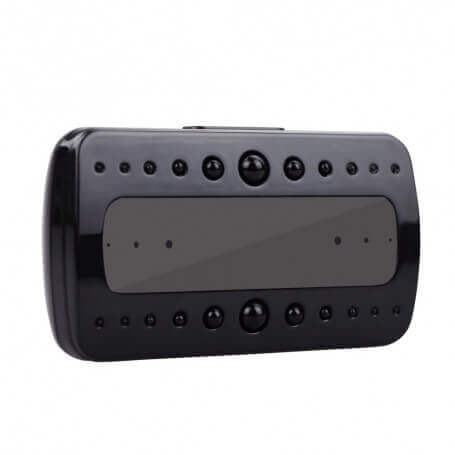 Alarm clock Spy FULL HD WIFI with night vision and infrared leds are not visible. You'll be able to see the images in real-time.

New evolution of our alarm clock SEM-CK10. Now with WIFI. You'll be able to hear and see the images in real time from your computer or mobile phone (Android or IOS)

The SEM-CK10 WIFI is a spy watch is ideal for placing in environments of low luminosity as can be domitorios and shipments. Its avant-garde design makes the 10 infrared leds invisible to the eye that it has on the front camuflen perfectly. Are turned on and off automatically

This watch, in addition to being a clock-alarm clock nightstand normal, has the following extra features with which you'll be able to do:

What is amazing about this watch is that, apart from being able to regulate the sensitivity of the motion detection, it will alert you in real-time to your mobile phone sending an alert when the motion detection. Also we will be able to select where we want to record those images that we are seeing in real time, if on the phone itself or on the micro SD card from the alarm clock. Keep in mind that to be videos with the maximum quality recording (Full HD 1920 x 1080p) will occupy a lot of memory capacity (7 minutes equals 1 Gb)

Ideal for monitoring children, elderly people, offices and objects such as jewellery boxes and drawers

Connected to the electrical grid offers an autonomy unlimited. However it has a high capacity battery that will allow you to record up to 24 hours in continuous mode for those places where it is not possible to connect it to the network.

The cyclic recording that has allows you to automatically overwrite videos oldest so you always have the latest recordings.

How does the alarm clock spy?

The operation is very simple following the instruction manual that we give you, exclusively, in Spanish. We have only to turn on the spy watch, download the application for Android or iPhone, and connect to the WIFI network of the alarm clock. We will now be able to view the images in real-time.

Example of use at home with the internet:

We synchronize the clock with our router by following the manual of instructions in Spanish. Place it on the bedside table in the dorm configurandolo to record by motion detection with a high sensitivity and we are going to work. When the watch detects a movement, we will send a visual and audible alert (as if we had received a WhatsApp) informandonos of the alarm. Now we would only have to click on it to see the image in real time and listen in live. The recording of the video file would be on the phone itself or on the clock. In the alarm clock there is no led to indicate that it is recording. It doesn't matter that access to the room with the lights off, since when have leds night vision became of all forms. 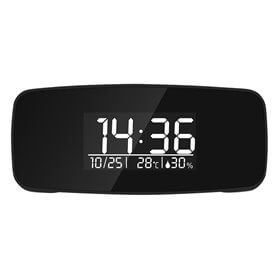