How to use the APP PV Cam Viewer from LawMate? - Blog Espiamos.com

In this article we will show you how to configure and use the APP PV Cam Viewer for you to get the most out of your equipment LawMate.

Introduction: Who is LawMate?

LawMate brand is the world leader in the manufacture of devices for covert surveillance. Their teams employ police, military and detectives from all over the world. The recordings are ideal to provide as evidence in legal proceedings.

What is the difference between the models HDW and HDI?

The models HDW are WIFI devices that connect point-to-point (P2P), that is to say, you'll be able to see the image in real time on your phone whenever you are within range of the WIFI network . 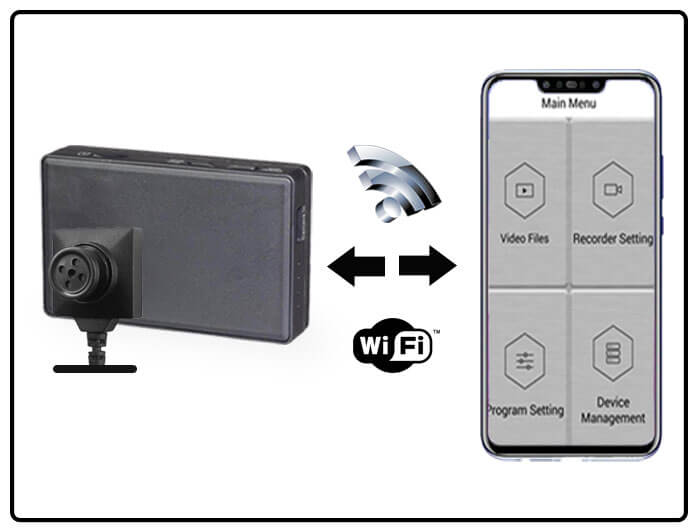 The HDi models in addition to connect point-to-point, can also be routed so that you can see the image in any place in the world.

How do I configure the APP PV Cam Viewer?

Steps to configure the APP PV Cam Viewer with a router

As previously mentioned, this step only what we can do with the models that end in "i" as the PV-DY10i

Now your computer will be configured with the following scheme and you will be able to see the image in real-time from anywhere in the world.

How do you view the image in real time from any place?

Example. Let's imagine that you need to send the image of a document or you're doing a follow-up in a team and your partner is in the office giving you instructions. The distance between your companion and you is of 200 kilometers. With the equipment of the series HDW could not be done since they are limited to the distance of the WIFI network between the two, that is to say, about 30 meters approximately.

But yes we could do that using a router laptop along with a team of the series "i", for example the PV 500 L4i with the camera button BU19.

The PV-500L4i would be connected by WIFI to the router so that should be next. Your partner, to see the image in real time, you would just open the APP and enter the serial number and password of the DVR PV-500 L4i.

The key will be to introduce a SIM card with a data rate wide and use a router, portable 4G with a speed higher than 100Mb of transmission. All router laptops that we tested the more stable was the model TP-Link M7350

Where to buy a spy camera from LawMate?

To look out is the official and exclusive distributor of the brand LawMate in different countries such as Portugal, Colombia and Ecuador. You can buy all their products directly, without intermediaries, from the web page in Spain www.lawmate.es or in www.espiamos.com

We have customizations to cater for all the needs. Contact us! You might be surprised what we are capable of doing.