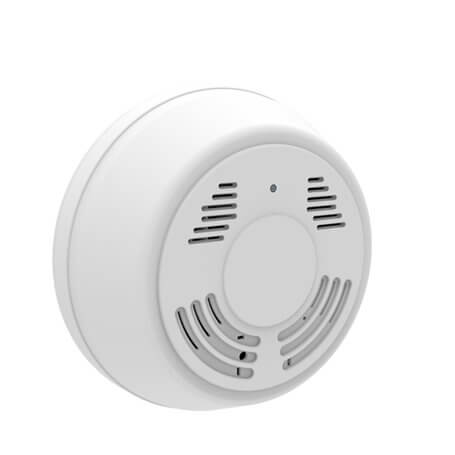 Smoke Detector with spy camera. You'll be able to see the images live from your mobile phone or PC. Compatible with IOS and Android. Has PIR sensor, night vision and integrated microphone. Up to 6 months of autonomy.

New smoke detector with spy camera live image perfect for locating in offices, offices or bedrooms. Will allow you to view the images in real time from any device-mobile phone (Android or iPhone) or PC. Without limit of distances, with no obstacles.

It works like a real microphone ambient! You can listen live everything that happens around the detector.

How does the Smoke Detector with a live image?

This smoke detector with spy camera has a WIFI module to connect any mobile phone that is in its radio range (up to 30 meters without obstacles). And if in addition we are in a place with interntet (such as home or work) podrémos to directly link the smoke detector spy to the router from home or work. In this way we turn this camara WIFI camara IP allowing you to view and record the images in real-time indenpedientemente of where we are.

The configuration is done from the own phone. You can change the light settings, the image quality, frame rate, etc, It can make photographs at a distance in your own phone.

Connected to the electrical grid offers an autonomy unlimited. However it has an internal battery of 5500mAh which will give you an autonomy of up to 6 months in sleep mode.

With our viewing software will allow you to connect up to 4 cameras and view the images of all of them in real-time and at the same time. Now any room or office will be left without surveillance.

Recorded by a detection motion with PIR sensor, or in continuous mode

The novelty of this smoke detector with a live image is that it has a PIR sensor with a range up to 5 meters at its base to only record when you actually detect the presence of a person.

How does the Detector Fumes with Real-Time Image?

The operation is very simple following the instruction manual that we give you, exclusively, in Spanish. We only have to place the cursor in the position "on", download the application for Android or iPhone, and connect to the WIFI network of the smoke detector. Now we can see the images in real-time.

Example of use of the Smoke Detector in working with the internet:

We synchronize the smoke detector with our router by following the manual of instructions in Spanish. Place it in the ceiling right above our table and we set up to record by sensing motion. When the smoke detector detects a movement, we will send a visual and audible alert (as if we had received a WhatsApp) informandonos of the alarm. Now we would only have to click on it to see the image in real time and listen in live. The recording of the video file would be on the card from the smoke detector. On the phone you'll be able to take screenshots of the image detected.

Main features of the Detector with a live image: 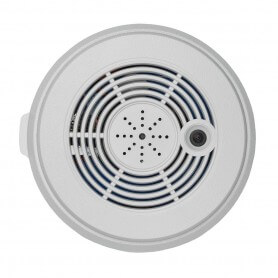