To look out has appeared on numerous occasions in various media, both in terms of quality of security consultants and specialists in the field of surveillance, espionage, and of spy cameras, as well as through the latest developments of your shop spy or by their participation in different fairs or salons.

Also recently appeared on the DAILY INFORMATION of Lift which are interested in our products, making us an interesting interview 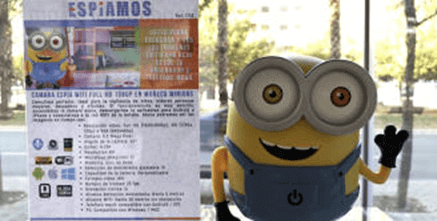 LOOK OUT IN THE CINEMA AND THE TV

As a leader in the world of espionage there are many means that you ask us for advice and equipment. We sold selflessly some of them for the film “Abduction” starring Blanca Portillo and José Coronado. 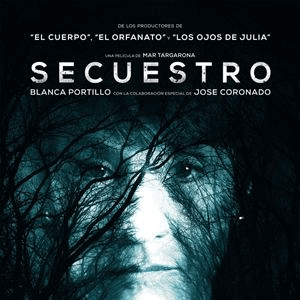 As well as for television programs such as “Cops in Action,” The Sixth TV advising and giving teams, and also for recent with a hidden camera about the bullying. 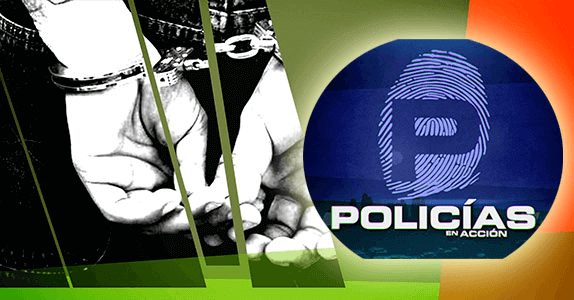 LOOK OUT IN THE INTERNATIONAL TRADE FAIRS

At the international fair of security ESS held in Colombia during the days 23rd to 25th of August, 2017, we received a special recognition with our "Surveillance Kit Tactical" as a innovative product to be displayed in a prominent place in the Capsule of innovation. 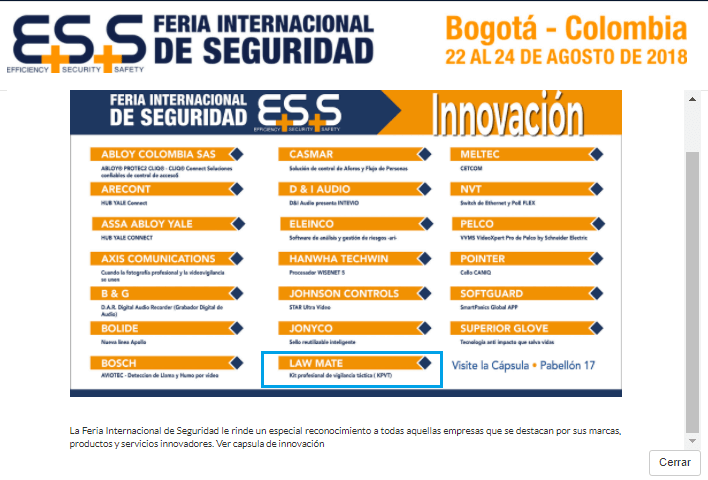 The last edition of SICUR 2016 met from 23 to 26 February at IFEMA, in Madrid, 1,350 companies in the security sector; among them was to look out. Several television recording devices in our store and spoke with our security advisor, Joaquín Oliva, in their news about the Salon. It is the case of Telecinco, in their tv news 23 February at 15 hours and Four, who included it among the news of the afternoon of that same day.

In Telemadrid, recorded interviews with Olive formed part of two pieces in the program Here in Madrid: news on Homes shielded , and the information of surveillance Cameras.

Between the digital, The Economist and The Financial World have also included the name to look out for the brands exhibited in SICUR. 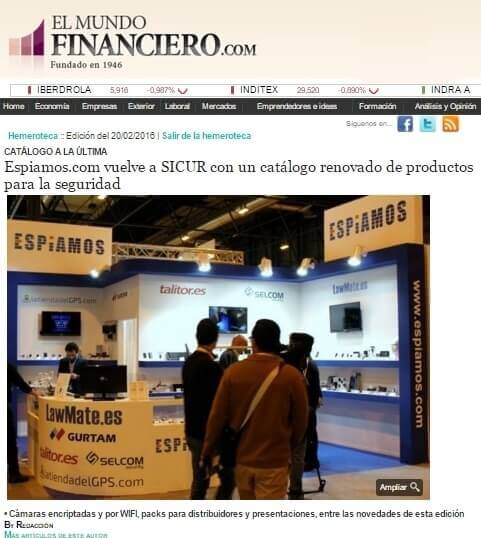 The Confidential Digital took advantage of our presence at the show to do a story on the cameras that could be used to burn to Carlos Fabra in jail.

LOOK OUT FOR THE DAKAR RALLY

In 2016 for the first time to look out became sponsor of the Rally Dakar, in particular the pilot Christian Cajicá. One Magazine and The Economist explaining the assignment of a GPS satellite to a member of the Team Can-Am and a participant in the category Quads 4x4. 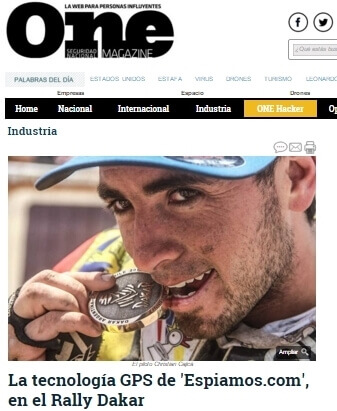 After the success of 2016, we wanted to follow sponsored in 2017 yielding new material

Look out in the books 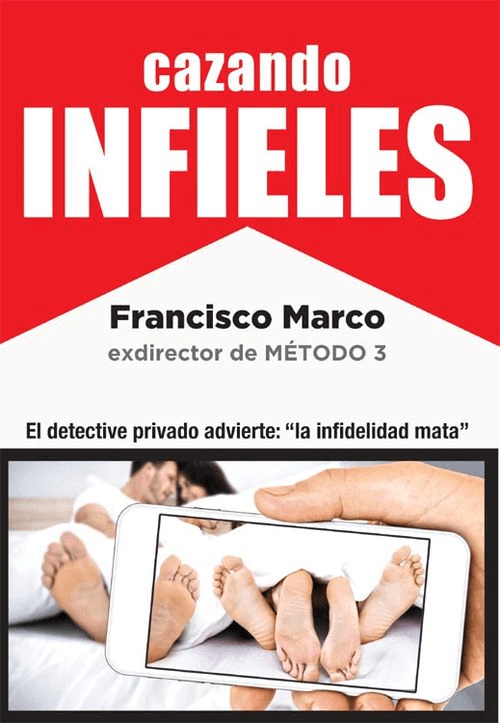 This is a very interesting book that brings us to Francisco Marco, former director of METHOD 3. For twenty years he directed the famous agency Method 3, which was the most well-known private research of our country.

“Hunting Infidels” is the title of the book indicated to any partner (man or woman) who has some doubts about the faithfulness of your companion, or what is the same, 99% of the same. A fantastic opportunity to learn how to discover if your partner is deceiving you.

The author himself tells us in the book as a reference mentioning that The Store Spy look out provides you with all kinds of products to carry out our investigations without raising the slightest suspicion. “Pens, spy sunglasses, spy, mobile device chargers that record everything around them, followers GPS and even neckties spy, all made available to both professionals and individuals that anyone can get the private detective that takes you within an easy, simple and above all discreet”

Add-ons to become a secret agent

On the occasion of the premiere of the film Anacleto. Secret agent. in look out we proposed a gallery of articles to the extent of any spy film and that Ecodiario and The Financial World also shared.

Intercompanies collects the output to the market of a new digital recorder, or DVR from the brand LawMate, distributed by to look out in Spain.

Spies of the TWENTY-first century: exposing employees to traitors

Article about industrial espionage in Silicon with the participation of the adviser of security of look out, Joaquín Oliva, who explained how to act in cases of this kind that reach them and the services that are offered for these situations.

In January of 2015, the newspaper el Mundo published that Luis Barcenas presumed to have recordings incriminating against other charges of the PP. The websites of The Economist and The Financial World picked up the explanation to look out how they could have avoided these recordings.

Course of Expert in Electronic Countermeasures and Surveillance

The launch of the blended course of TSCM promoted by look out was picked up by Ecodiario and editing of the agency EFE to present business on the internet, EFEempresas. The online edition of The Economist was echoing the presentation in Seville of the seminar. The information associated with the presentation of the course was cited in a information of the web Pure Marketing on the big risks of big data for companies. 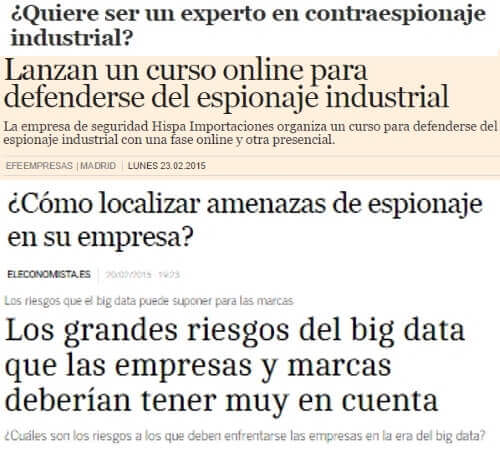 Spy phone products to give away at Christmas

A selection of products on our store may be more gifts that are suitable for those people who like to feel secure or that are related to this industry. Presented in the program “it is what it Is” of Radio4G, in an interview of 10 minutes with the advisor of security of look out, Joaquín Oliva, in which he also spoke of the store.

Picked up in the bazaar christmas EcoEvasión, site belonging to the group Economist. 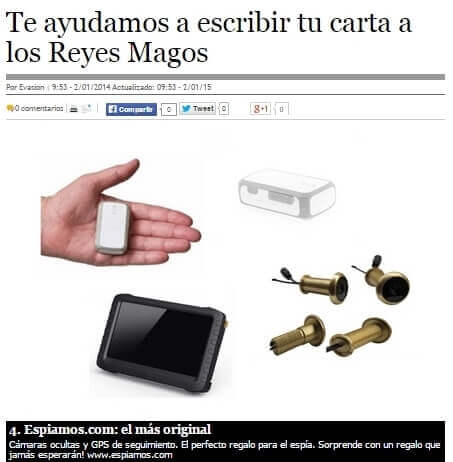 The gadgets that you espíes

Collection of articles for surveillance in the magazine, How it Works, among which are devices to look out, as the bottle of soda with camera or pen, spy, and LawMate, with the computer mouse wireless.

Spy on him through a bottle

Several media echoed the launch of the hidden camera in a soda bottle, one of the devices of espionage custom to look out performed in his own laboratory. Among the most prominent, the portal of technology ElConfidencial.com, Teknautas; also The Economist.is.

The mechanisms most curious that you used the detectives for spying

Review of articles of our shop spy in the edition of Toledo of Abc.it is, on the occasion of the Congress of Detectives held in the city in march 2014. 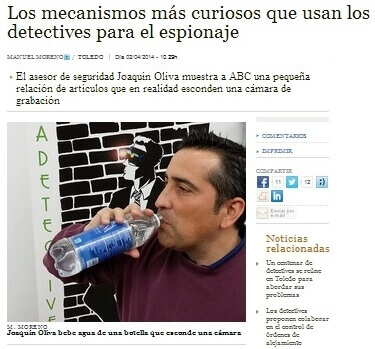 The evolution of the hidden cameras: connect from anywhere in the world

The magazine All Security scans your device GM-GV3, one of the IP cameras star to look out. Click on the image to access the article. 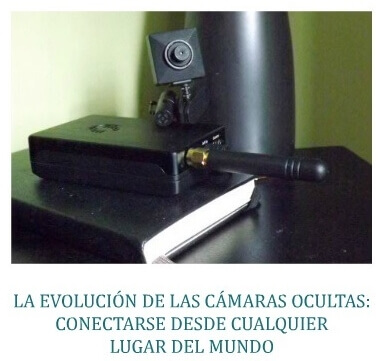 Thousands of spy phone products that exceed the fiction

Some of the products most curious to look out, in an article that expands upon the information in the paper edition of La Opinion de Malaga on how this could be recorded of the Infanta in the court. Click on the image to see the news. 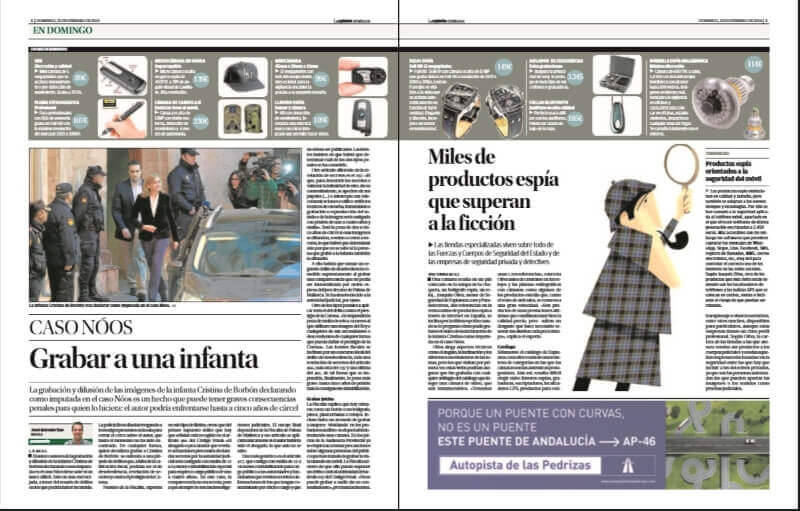 Look out, was premiered at SICUR in the International Salon of Safety 2014, held from 25 to 28 February in Madrid. In the website of Ifema reproduced our press release. In the digital Xataka.com, as the source of the article “If you want to be a spy, the technology makes it easy” in which there is a review of various artifacts, relating them with spies of film and television, and elaborates on the work of look out by our security advisor, Joaquín Oliva. 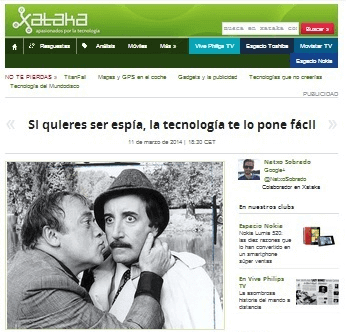 On February 8, 2014 Infanta Cristina stated for the first time in the courts of Palma in the framework of the case Nóos. Two days after we streamed a video with his appearance. At that time, in look out we that had been recorded with a clock, as later was confirmed. Several media picked up our statements.

Read the news at: 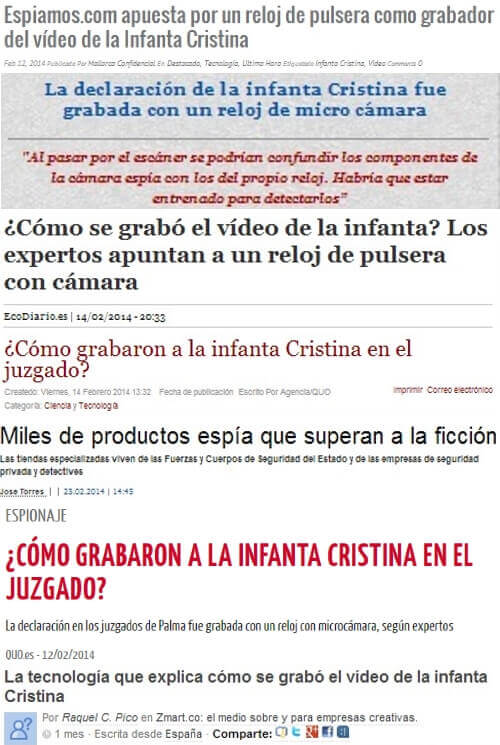 The security advisor Espiamos.com Joaquin Oliva, explained how to work these watches in the news the evening of the autonomous channel of the balearic islands Ib3, Notícies Vespre.

Subsequently, upon confirmation that indeed the leaked video was recorded with a spy watch, ElConfidencialDigital.com he did a interview in which Joaquin Oliva showed several models and explained how they had been able to make the recording. 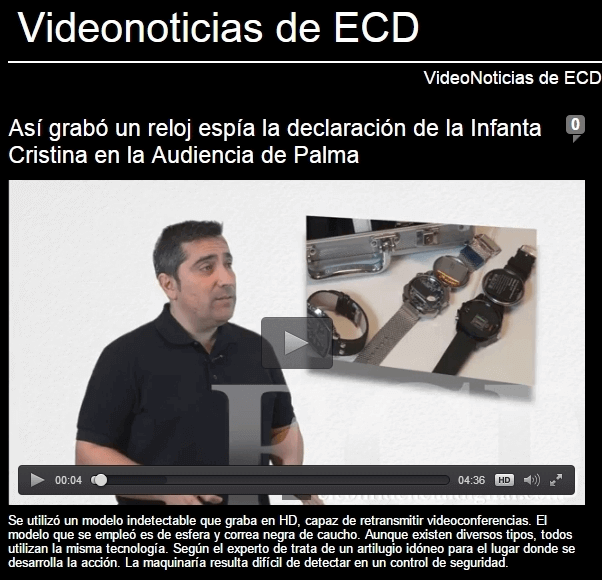