How to detect a GPS locator? It is very easy if you know how to do it

Do you feel watched? Do you suspect that in your car there is a tracking device hidden? If so this article you are interested in. We will show you how to detect a GPS locator so simple and easy. I read on!

What is a GPS locator?

A GPS locator is a device that allows you to determine the exact position of an object, vehicle or person. Tend to be synchronized with monitoring platforms but can also be configured to send the position to a mobile phone using SMS.

How it works a GPS locator?

To detect a GPS locator it is important to know how it works. A GPS locator consists of two distinct parts. A GPS antenna, internal or external, which determines the exact position of the device and a GSM / GPRS modem that sends the position data to a tracking platform, or a phone, monitor
The GPS locators are devices that send the positions to bursts, that is to say, every certain amount of time periodically. Normally typically be in a range between 10 and 60 seconds.

What types of GPS locators are there?

There are many types of locators depending on the use, autonomy, and transmission you have. To be able to detect a GPS locator we have to classify them mostly according to the transmission data having:

Perform the transmission of data through a sim card that has been on the inside. Most use the 2G network even though the latest models allow you to send your position via WIFI, Bluetooth or 3G network. Between his advantages stands the cost of the device and the wide coverage they have. These GPS locators are the most traded.

Work without a SIM card and its main advantage is that working in places where there is no GSM coverage, such as, for example, in the middle of the sea. The locators GPS satellite commonly used for the tracking of freight containers or vehicles which are travelling by remote locations like deserts.

Detect a GPS tracking device is very complicated since it does not send data. The positions are stored on a micro SD card which subsequently have to dump into a PC. They are impractical as they do not allow real-time tracking.

Where do you install a GPS locator?

The GPS locators can also classified according to require installation or not. Let's look at some examples:

Need to be connected to a 12V power source. You need not be directly to the battery of the vehicle. Normally, it is installed within the dashboard but can also be hidden in the fuse box or in a blink back.
These locators have a small internal battery that can work even if you have exhausted the battery of the car.
The facilities of these devices are made in a professional workshop.

Are placed in just a few seconds. At the bottom have a few magnets of high power to accede easily to the underbody of the vehicles. This type of locators are called beacons or limpets GPS.
These GPS magnetized are characterized by having a lot of autonomy. There are even with 30 days of battery life.
There are also GPS locators without installation with integrated microphone which is placed under the seat or even camouflaged in adapters to cigarette lighter socket.
More information about GPS locators magnetized

With what frequency works a GPS locator?

To detect a GPS locator we have to know what frequencies work. As stated above most of the GPS locators send their positions by the 2G network and, to a lesser extent the 3G network, WIFI or bluetooth. In the following table you can see the frequencies are approximate:

How to detect a GPS locator?

Now that you know how works a GPS locator it will be very easy to detect them. You can use a detector or a frequency counter. We will explain to you the differences:

The majority of the frequency detectors have a display which shows the different frequencies of trade. The intensity of the signal is determined by a gauge bar. The greater the intensity the closer we will be to the device.
When the device detects a frequency the display directly on the screen, indicating the network it belongs to. Its operation is very simple. The counters of frequencies to detect the exact frequency being much more accurate and versatile. You will serve not only to detect GPS locators but also microphones UHF and any other spy device that to work between 30 MHz and 8000 MHz. 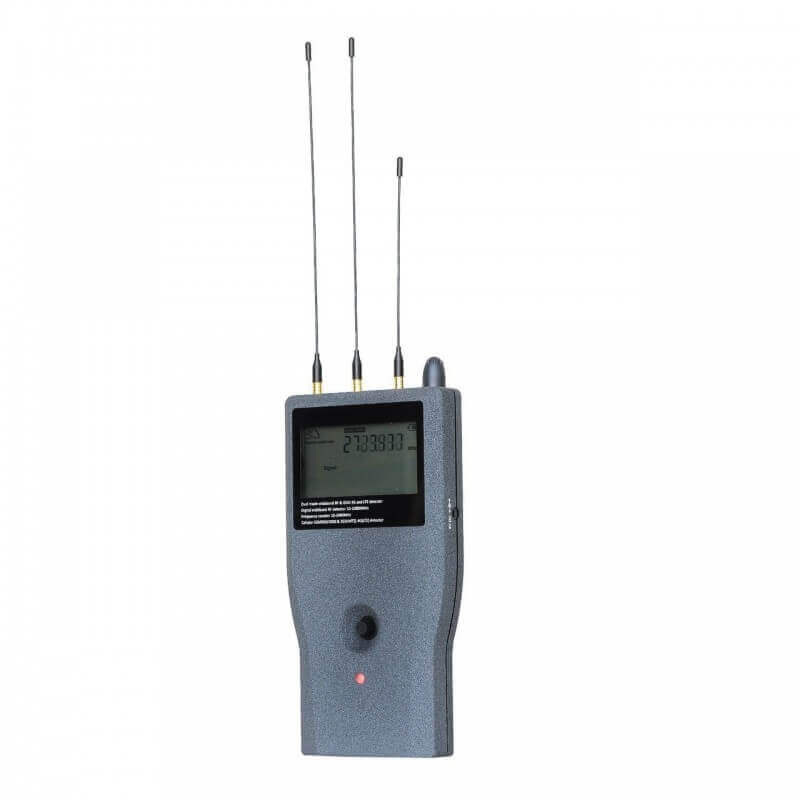 What is the best device to detect a GPS locator hidden?

In the market there are many detectors of frequency although the majority seem to be toys more than anything else. Buy a detector of frequency cheap not only will not help you, but you'll be throwing money because you will make detections when there is nothing and don't make it when yes there is something.

If you suspect that you have a GPS locator hidden installed you can already scratch the pocket.

The devices that we recommend, are not toys, but true tools of work used by professionals. There are a lot more expensive, but these detectors work really well with an excellent quality / price ratio.

Depending on the knowledge that you have we can recommend you two models:

The detector iProtect 1207 of Digiscan Labs is a device very easy to use and intuitive. With a simple glance you know this is what you're detecting. Allows you to locate all types of devices that work on GSM, 3G, 4G, Wifi and Bluetooth, such as GPS locators, microphones spy GSM or wireless cameras.

Has as accessory a high gain antenna that will give you more sensitivity, that is to say, you'll be able to detect devices at a distance top.

It is possibly the best device to detect a GPS locator. It has all of the advantages of the previous device and, in addition, has the function of frequency counter. You can locate all type of transmission is hidden, not only the GSM networks, 3G, 4G, WIFI or Bluetooth but also the 5G or the UHF band used by the wireless microphones.

In this video you can see how to locate a microphone spy hidden in a drawer.

This detector has several modes of work. 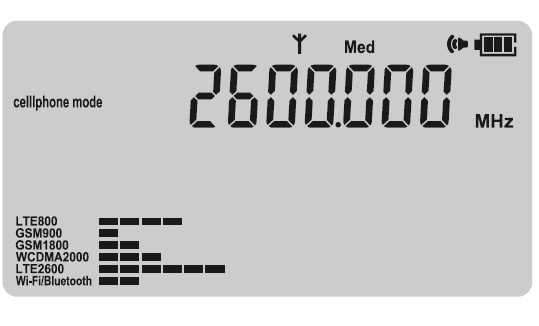 With the way the counter will tell you the exact frequency. 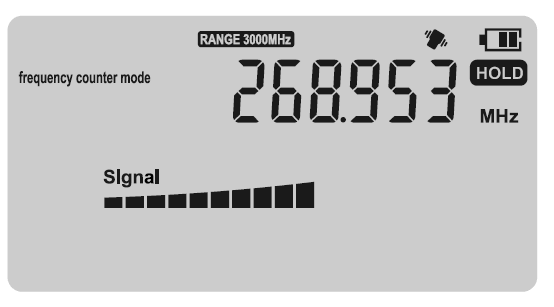 Both detectors can work in vibration mode, silent or normal.

Now that you know how to detect a GPS locator and that you have the tools would You like to learn how to do a sweep to a vehicle? We'll show you how in the next article
close
error_outline